With more than 1,400 votes cast in the Carousel’s spring mayoral election, The Moose swept to a decisive victory, winning 59 percent of the final tally.

The Peacock and The Mermaid trailed with 24 percent and 17 percent, respectively.

Voting was heavy in the final weekend as supporters took to the streets with their campaigns.

Team Moose campaigned with the slogan, “He won’t spin the news or the truth. He’ll work to keep the Carousel spinning.”

In addition to being a fun diversion, the campaign raised $1,400 for the carousel. 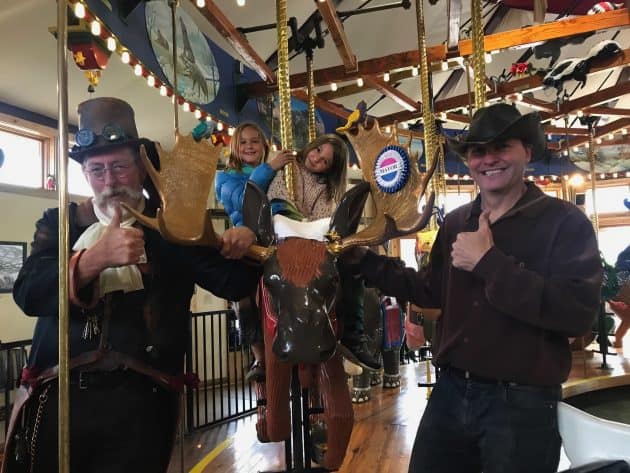